Governing the voice: A critical history of speech-language pathology

This essay examines the history of the profession of speech-language pathology in the United States. The argument is made that at the beginning of the 20th century, speech became more central to civic and capitalist operations in the U.S. There came to be dominant norms of communication, which could be quantified especially as many children began attending school allowing for the calculation of ‘deviance’ across the population. These differences were considered medical and scientific, not political. The goal of correction was to ‘normalize speech’ (according to norms of civility, class, and whiteness). The question arises as to whether speech correction is a rational social response to non-normative forms of communication? A critical history allows us to question why we hold certain views about speech, and imagine a less ableist view.

This challenging essay provides an important viewpoint for examining the historical basis of practices in speech-language pathology. It points to important racist and ableist influences that continue to shape practice. 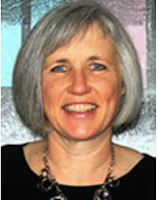 Blogger: Lisa Archibald
Posted by Project Coordinator at 10:54 AM