1.   Item information: This is the knowledge associated with ‘knowing a word’ including phonological (speech sounds that form the word), semantic (meaning-based information), and syntactic information (grammar). All these different types of knowledge are said to be immediately activated upon encountering a (familiar) word.

2.    Serial order information: Order information refers to keeping information in the exact order as it was presented. Think of learning a new word like kipser. Because you likely know nothing about the word, prior knowledge would not support learning. Instead, it is important to keep the order of the speech sounds in mind in order to retain it. Serial order is also important when trying to remember a phone number, for example.

3.   Attention: Attention is the ability to focus on what matters and keep that information active in mind until the end of a task. As the task becomes more difficult, more attention is needed to keep items in mind. Attention is also important in coordinating and maintaining both item and order information during language tasks.

Measuring brain activity during language tasks has been a helpful way to understand how these three domains interact with each other to support verbal short-term memory. Language pathways in the front (ventral) and back (dorsal) of the brain maintain phonological and semantic information, respectively. In addition to these language pathways, more difficult tasks like new word learning and recalling complex sentences also activate brain areas tied to serial order and attention processes. There is a network in the right front-parietal region of the brain that is important for maintaining serial order information. The left fronto-parietal network, on the other hand, is important for actively maintaining items in the focus of attention.

This framework shows the importance of recognizing that some language tasks used in clinical assessments may be as much a measure of language skills as verbal short-term memory. Interpreting children’s performance should take into account task demands related to linguistic knowledge (or lack thereof), efficiency of serial order processing, and attention. 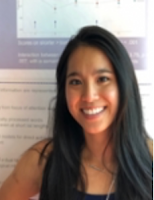 Posted by Project Coordinator at 5:46 PM