Participants in the present study were 375 children in Grades 1 to 4, grouped into two groups for analysis purposes: one group of students in Grades 1 and 2, and a second group of students in Grades 3 and 4. Participants all completed a real word reading task, a pseudoword reading task, and a morphological awareness task which assessed production of the past-tense inflectional morpheme -ed. In this task, participants listened to a sentence and then were asked to finish a second sentence, for example: “We play games. Yesterday, we did the same thing; we ____ (played) games.” To ensure the morphological awareness task was sufficiently difficult for the older participants, it also included pseudoword items, such as “Jill can blick. Yesterday, she did the same thing; she ____ (blicked).” Participants also completed measures of phonological awareness, phonological short-term memory, sentence-level oral language skills, and nonverbal cognition, to be used as control measures in the analyses.

These findings suggest that the role of morphological awareness in real word reading declines from early elementary school years to middle elementary school years, whereas its role in pseudoword reading remains stable over these grades. The authors suggest that the reduced contributions of morphological awareness in middle elementary school years maybe be related to the increased role of sentence-level language skills when reading, as children shift from learning to read to reading to learn and are exposed to texts that are more rich in morphosyntactic complexity and vocabulary. These findings suggest that morphology may be an important component of early reading instruction in the classroom and reading intervention, although further research on instruction and intervention approaches is needed to better understand how this might benefit reading outcomes. 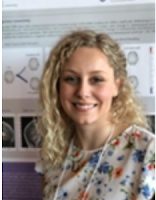 Blogger: Alex Cross is an M.Cl.Sc. and Ph.D. Candidate in Speech-Language Pathology, supervised by Dr. Lisa Archibald and Dr. Marc Joanisse.
Posted by Project Coordinator at 10:22 AM